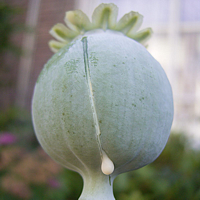 The foundation and core assumption of science is that physical reality exists, is mechanical, and can be understood using our physical senses. And yet – as I show in my essay Hidden in Plain View – our physical senses tell us nothing about the true nature of reality, and it is more reasonable to believe physical reality is an illusion of consciousness. Despite this, the consensus nowadays is that science alone reveals truth.

I recently had a discussion with someone, wherein I stated, “Most people believe in [the Theory of] Evolution,” to which he interjected, “What do you mean believe? You don’t believe in Evolution, it’s a fact. It is true, with or without your belief.”

We do the same now with science as a whole, when it, too, is just a theory.

Imagine a scientist living within the simulation game SimCity*. The simulation is all that he perceives, so he presumes it is all of reality – generations before him believed that, his society believes that, and he will implicitly pass those convictions on to future generations. The cultural indoctrination is ubiquitous but subtle: one is considered mad – the equivalent in science to heresy – to say reality might be otherwise. Step by step, our scientist discovers basic rules and constants governing the simulation. As his rules allow him to examine past SimCity events and predict future ones, he becomes more rigid in his thinking – more fundamentalist – more sure of his methodology, and of his theories which he now labels “facts” and even “Laws”. “It consistently predicts outcomes,” he says of his methodology, “so it must be right. My science is truth, with or without your belief” (although he still can’t figure out how information can be instantaneously communicated across vast distances of SimCity space).

But while our scientist may have developed a useful model for understanding the simulation, his approach and mindset close the door to understanding the simulation’s true nature. He might be able to discern all the rules of the simulation, but he would not be able to understand why, say, certain constants constrained those rules; and he would not be able to understand where his world is. The ‘physical’ things he experienced – the ‘space’ – would not actually exist physically anywhere, and nothing he experienced would bear any resemblance whatsoever to the underlying reality. The possibilities that his simulation was at one point booted, or restarted with an initial scenario and a particular set of parameters, or that something could be added to its ‘past’ which wasn’t there before, he dismisses as ludicrous, because of course that would defy his rules and require something ‘supernatural’, i.e. something outside his science.

“Ever since last Friday, there had been an Institute for the last eighteen months.”
from “The Lathe of Heaven” by Ursula K. Le Guin

Since our scientist dismisses everything which contradicts his methodology, the ‘truth’ of his methodology is elevated to being a tautology, and now the only acceptable ‘evidence’ is scientific evidence. The more convinced he becomes that SimCity is all of reality – his science cannot comprehend something outside its reality, therefore the simulation must be all there is – and that his rules therefore govern all of reality, the more closed he will be to realising that not only is the foundation of his reality outside and containing SimCity, but also that miracles – i.e. things occurring within SimCity which break all the rules – are perpetually possible. In fact, not only are they possible, rule-breaking miracles (i.e. the ‘supernatural’ in terms of his science) are the very foundation of his reality – without the supernatural, his reality could not exist.

And yet his physical reality is his illusion. Indeed, from every point of view, the simulation is only an interpretation of information – a thought – physically existing nowhere. You could cut open the computer running his SimCity, and you would find no city, no buildings, no colours. And if you decided to interpret the bits stored in the computer in a totally different way, his world could be, say, a forest, or a poem, or the solution to a mathematical formula. Or just a meaningless collection of bits (well, except for the meaning we bestow upon them when we call them “bits”).

Science – a theory based on the theory of Materialism and concerned only with physical reality – obscures the underlying fundamental truths. Despite the fact that science cannot be used to prove anything, and it holds that consciousness, free will and creativity – things we know to be self-evident truths – to be emergent qualities or illusions of a physical machine, it has become our philosophical crack cocaine. It is the strongest opiate of the masses yet, because it rewards us with predictability in a fundamentally unpredictable reality. Science is the great Deceiver, directing us to false doors such as ‘artificial intelligence’, and permanently closing doors to the truth. We’d rather be deceived, than proved wrong.

We need a fundamentally different approach, one that is based on that which is self-evidently proven, and which only deals with the provable. Intelligence is not in the machine; the machine is in the intelligence.

*Note: I sometimes use the analogies of a simulation or a dream, but I do not believe our reality is either. Of course, if I could tell you exactly what reality is, I wouldn’t need the analogies. As I write in Hidden in Plain View, I believe that we are an imagining of The Knower, where dream and dreamer are one.